Built as an ornate cinema in 1929, the Apollo Victoria Theatre spent many years of its life hosting non-theatrical events. ELO, Shirley Bassey and Led Zeppelin all performed on the stage before it was reclaimed for musical theatre staples like The Sound of Music and Fiddler on the Roof in the 1980s. 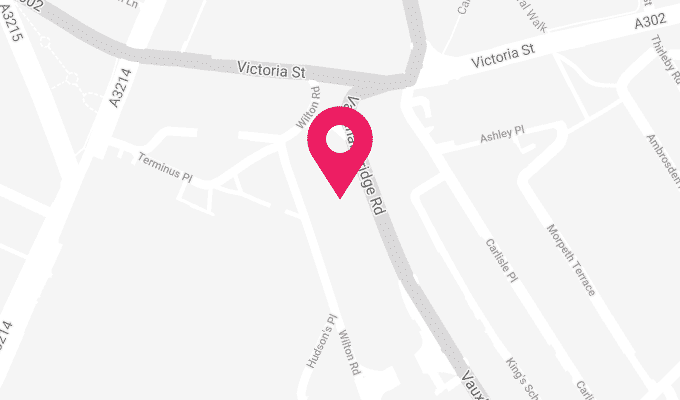 The Victoria Bus Station is very close to the Theatre, so many bus routes are easy access

Guide Dogs: Guide dogs are allowed inside the auditorium. Alternatively staff can look after the guide dogs during the performance.

Auditorium Access: Wheelchair spaces: The wheelchair accessible entrance is via a platform lift at the Vauxhall Bridge Road entrance of the Theatre. This provides level access to the Accessible Toilets and foyer Facilities. Wheelchair spaces are not available to book online. Please call 0800 912 6973 Hearing Impaired Assistance: The Apollo Victoria auditorium is equipped with Sennheiser MobileConnect WiFi sound amplification system. MobileConnect uses WiFi to deliver superior quality audio to a smart device such as an iPod or iPhone, either through headphones or via a necklace for hearing aid users. The sound levels can be adjusted on your device to suit your needs and our access host will be happy to assist you with this. Patrons are advised to book Stalls A-P for the best signal.